Distorted Music Productions, LLC. It's A State of Mind 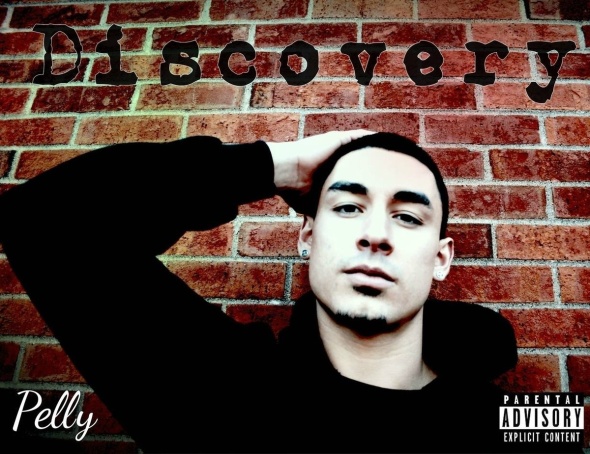 I’m very proud to share Pelly’s Discovery.  Michael Pelley spent the better part of a year writing and perfecting this collection of songs before teaming up with me at Distorted Music Productions to record, edit and mix.  We put a ton of time into this album and honestly, it shows.  I encourage everyone to check it out, share it with their friends and leave some feedback.

It’s been a very busy time around the studio lately and I wanted to share the latest release to come out of Distorted Music Productions, LLC.

Andrew Bonsell – Shelter & Love is a collection of six acoustic songs by a local singer/songwriter.  These songs were recorded in one session back in November, mixed over a couple days in January before finally being released. 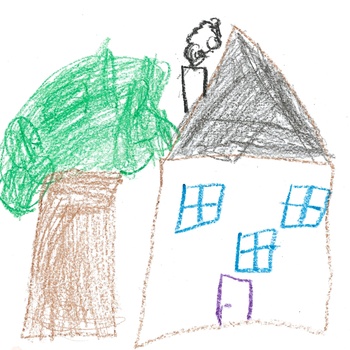 Running my own recording studio has taught me to be self-reliant when things break down and need to be fixed.   A good money saving technique is to fix things yourself and to also be able to make your own cables.  This has led me to be rather comfortable around a soldering iron.

This led me to try another little challenge.  I found a mod kit in the style of the Keeley Mods for my Boss DS-1 Distortion Pedal.  If you play guitar you probably recognize this as the most common pedal out there.  In fact, it was my very first guitar pedal, which I’ve owned for about 12 years.  These are very common because they are inexpensive pedals and beginners love adding that distorted sound.  But the truth is they are not the greatest sounding pedal. 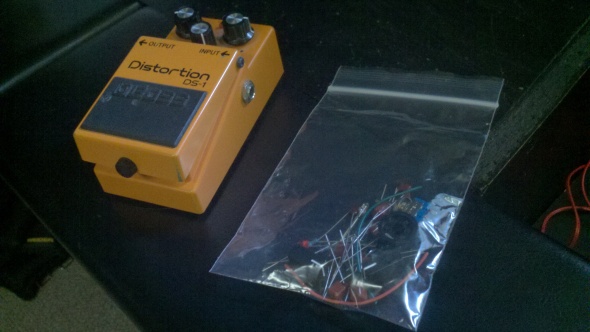 The mod kit was $20 and claimed a dramatic improvement in the ever-chasing tone. 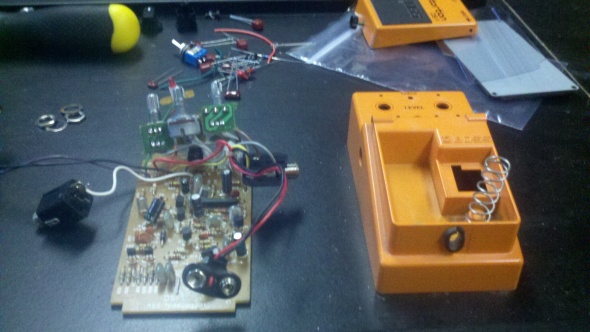 The mod took me several hours. Longer than I initially thought but not bad for my first attempt. My biggest concern was, Would it Work? I was overjoyed when I plugged it in and the new blue LED came to life. I was even more excited when I plugged my guitar in and started playing. The difference is staggering. Immediately I started looking for mod kits for some of my other pedals. My next mod will probably be to my Boss SD-1 Overdrive pedal. Like the DS-1, the SD-1 leaves a lot to be desired. 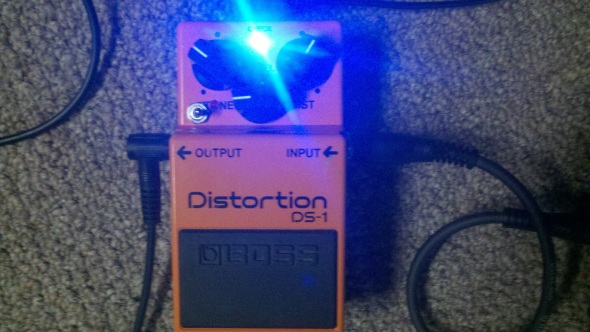 Mod Completed And Ready To Rock 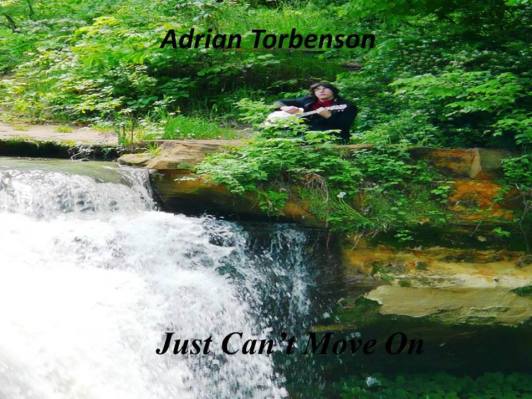 Check it out HERE.  Give it a listen.

In the audio game we spend a lot of money on gear and software and sometimes it’s great to know a company has your back, even if it’s a rather minor thing.  Recently I bought a new pair of headphones opting to get Audio-Technica’s ATH-M50’s.  Now like a lot of gear I checked out the used markets of Craigslist and eBay before buying.  The pair I ended up purchasing were like new from a seller on eBay.  They arrived looking in mint condition but the one noticeable thing was the absence of the 1/4″ adapter.  Now if you don’t know headphones typically have a 1/8″ plug but professional audio gear require a 1/4″ adapter.

I have some snap-on adapters that fit and some screw-on adapters that did not fit. So I hit the internet in search of a suitable screw-on replacement.  After a bit of searching I could not find anything with the Audio-Technica name to it and the ones I found I would not be guaranteed they would fit.

I then went straight to the source and emailed Audio-Technica.  They must have replacement adaptors available for purchase.  My email was responded to immediately with an email asking for my address so they could send me a free replacement.  That’s right they said free.  I shot them back my email and a couple days later my adapter arrived in the mail.  I couldn’t believe it was so easy.  And like I said in the beginning it’s the little things.  All I needed was an adapter but they responded to my email immediately and shipped me a replacement for free.  That’s the kind of support I greatly appreciate. 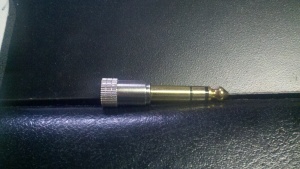 This afternoon I received and installed a “new” tube into my Presonus Studio Channel Tube Preamplifier. 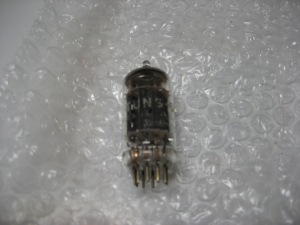 As you may know a lot of tube gear comes from the factory with a shiny new Chinese tube and for those looking to upgrade their gear and their sound replacing the tube with a vintage tube is a great way to go.  For this I took to eBay and purchased myself a 1960’s Tung-Sol 12AX7 tube.  So while it is new to me and it tests as New Old Stock, it is not actually new. 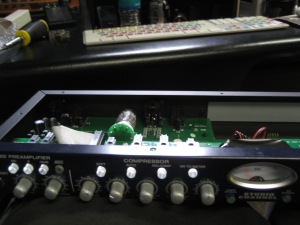 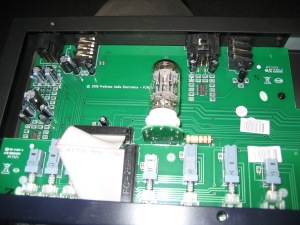 Now that I have a serious upgrade at the tube the real question is, How does it sound?  Well honestly I don’t know yet.  I just installed it and snapped a couple of pictures.  I need talented artists to get into the studio and try it out.  And then you will now. 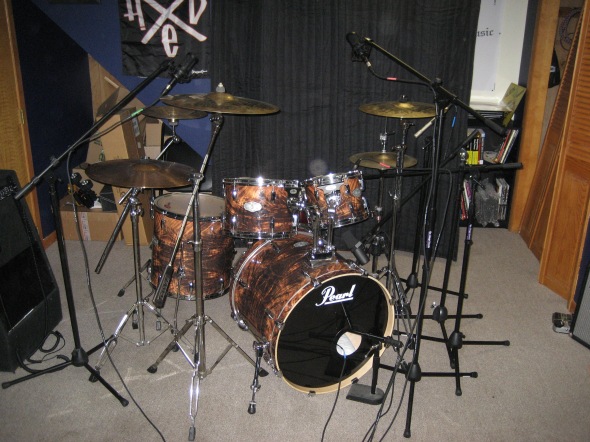 This week we finished up tracking for The Phantom Dream.  Check them out on Facebook.  Definitely a great group to work with.  Look forward to the release of their Ep.

If you checked out this site you’ve noticed that I have a link that goes to pictures on Photobucket, but I just added the Flickr widget so there is a link with pictures at the bottom of the page.  I’m just experimenting and trying to figure out the best way to share pictures with people that want to check out this page.  I’ll be adding more pictures very soon, as I get things setup again.  Pictures will also be added to the Distorted Music Productions’ Facebook page.  If you have any suggestions or preferences leave a comment.

Yesterday I received an email from Antares (the makers of Auto-Tune) about a new sale.  For a limited time they are selling their Antares Throat software for $29. Regularly priced at $129.

Of course I love software sales so I jumped on the offer.  I was also excited that the email suggested future sales.

Check out Antares for more info.

I’m currently out of town and without my iLok so I am not currently able to test out my new software but next week I’ll test it out and maybe I’ll post my own video.

North To Alaska – All The Same [Soggydough Mix]

The latest mix is finished and posted.

As always I’d love to hear your comments and opinions.

[Sample Mix] North To Alaska – All The Same

Last night I started a new sample mix.  When the daylight hours are few and the free time is great I like to keep doing projects to help me grow as a Producer and Engineer.  The latest mix is labeled as a Heavy Emo Rock song, containing 18 guitar tracks. 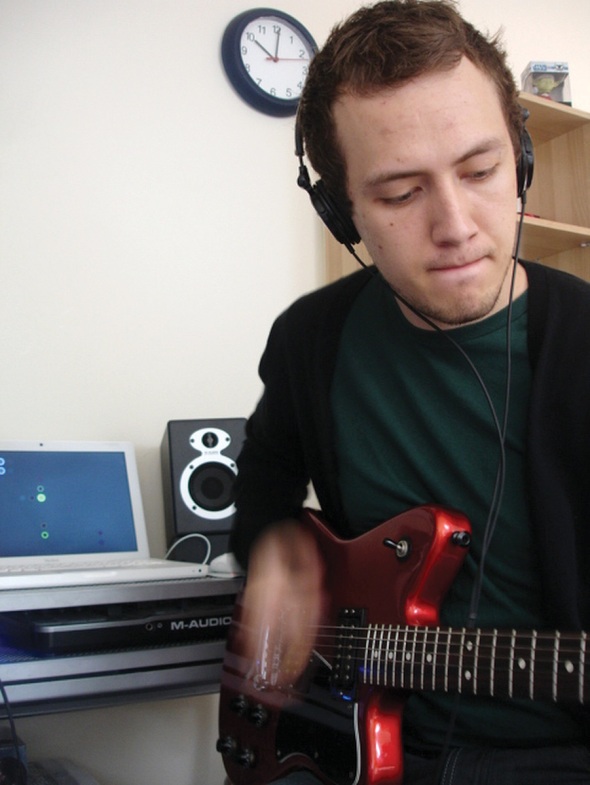 The mix is coming along well and hopefully I’ll have it posted to my SoundCloud page tonight or tomorrow.

Check out this link to Sound on Sound with more information on this song.

Here is the link to my SoundCloud page.

Here is the link to find the multi tracks for this song and many others.